A Supreme Court decision in a case against Intel Corp. alleging problems in its 401(k) plan

The decision ‘has pretty significant ramifications for people’s ability to bring lawsuits over fiduciary breaches,’ one specialist in retirement-plan law said

A Supreme Court decision Wednesday in a case against Intel Corp. alleging problems in its 401(k) plan is likely to pave the way for more litigation over retirement plans, industry watchers say.

The decision “has pretty significant ramifications for people’s ability to bring lawsuits over fiduciary breaches,” said Michael Kreps, a principal at Groom Law Group who specializes in retirement-plan law.

In recent years, employees have launched a wave of lawsuits that have resulted in multimillion-dollar settlements against companies. Many of those suits alleged the plans had high fees.

Is a provision in the law that gives 401(k) participants three years to file a lawsuit after obtaining “actual knowledge” that an employer has allegedly breached its fiduciary duty to manage the plan in employees’ best interests, said the opinion, written by Justice Samuel Alito.

The case alleges Intel breached its fiduciary duties when it invested a portion of employees’ contributions in higher-fee investments, including hedge funds, private equity and commodities, within the target-date funds that serve as the plan’s default investments. Intel argued the case should be dismissed, citing the three year deadline after Christopher Sulyma received disclosures.

The court sided with Mr. Sulyma, who worked at Intel from 2010 to 2012 and “testified that he did not remember reviewing the relevant disclosures,” the opinion said.

The case will return to a lower court. A spokeswoman for Intel declined to comment.

The decision means it isn’t enough for an employer to send disclosures to start the three-year statute of limitations, Mr. Kreps said.

An employee has to have read the information and understood it for the window for filing lawsuits to begin,

The decision may encourage companies to outsource their 401(k) plans by joining so-called multiple-employer plans, in which companies jointly offer a retirement plan managed by a third party, such as a brokerage firm, said Lew Minsky, President of the Defined Contribution Institutional Investment Association, a research and advocacy organization for consultants and others in the 401(k) industry.

Mr. Kreps said the decision may hasten the adoption of electronic delivery of disclosures, which makes it easier for employers “to determine whether individuals opened a particular mailing.” That could be considered evidence in favor of starting the three-year window to file a lawsuit, he said.

Bottom Line: You as an employees must read the documents the company sends to you. You can not longer just file them away or toss them. Even if you don’t understand the language you can learn it over time by following my website. You can also go to Facebook to the “Greater Sacramento Financial Literacy Group”. Our mission is provide financial literacy to the broader people of color and disadvantage groups. You will be glad you did.

While you are at it, sent me comments, asks questions and spread the word. the Lord know we need this type of free information.

This more information was written by Anne Tergesen at the Wall Street Journal: anne.tergesen@wsj.com 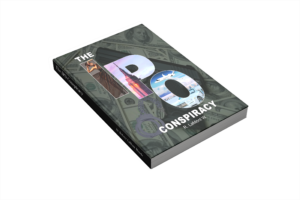